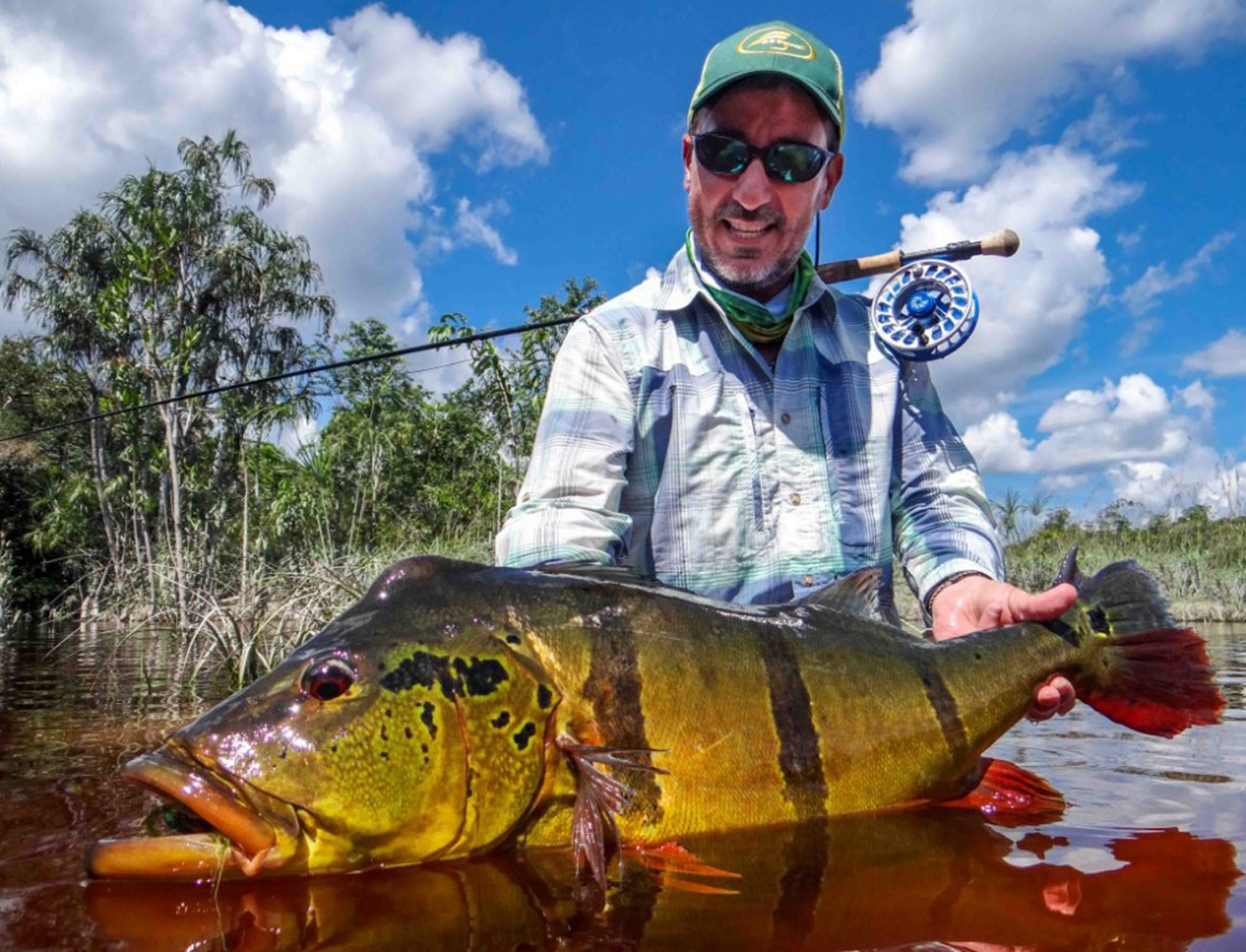 The Rio Marié has its headwaters in the Northwest corner of the Brazilian Amazon, up near the Colombian border and it is a tributary of the upper Rio Negro. The Rio Negro basin is the largest drainage of “black” water in the world, with approximately 710,000 km² of land are and is currently one of the most preserved regions in the Amazon, with less than 0.5 % of deforestation.

Largest Peacock Bass in the world!

The fishing operation utilizes an area of more than 2 million hectares. This untouched environment has more than 800 kilometers of rivers, more than 180 known creeks, 60 lakes, and three major tributaries. Plenty of water to keep us busy chasing fish that rarely will see humans and anglers. The river area is huge, encompassing nearly a vast amount of virgin waters, boasting a healthy population of Giant Speckled Peacock Bass (Cichla Temensis). For anglers, this translates into very real opportunities to consistently hook and release much larger-than-average Peacock Bass on the fly. In addition to the giant speckled peacock bass, the river also has healthy populations of smaller Butterfly Peackock Bass (Cichla Ocellaris), which average 2-6 pounds.

The Rio Marie is entirely located inside a far-reaching Indigenous Territory and approximately 500 miles northwest from Manaus, which is our operation’s base point and the most important city in Brazilian Amazon. It is the first river in the Amazon Basin, in which the Brazilian Government has collaborated with the local Native Communities, to develop an ambitious project designed to protect the 800 km wildlife preserve, while promoting catch-and-release fly fishing and providing exclusive access rights.

The Lodge: The Untamed Amazon is the very first vessel in entire Amazon with 100% Solar Power Generation for all electricity use, a luxurious vessel with all the comforts and services specially designed for the Marié project

In this region of Amazonia, the fishing season normally runs from August through February. This is the dry season for the upper Rio Negro Basin, the time when waters are at their lowest average levels which allows for fishing throughout the entire river system, including its numerous tributaries and lagoons.

Request a quotation for our 7 night/6 full fishing days programs by filling out the following form: